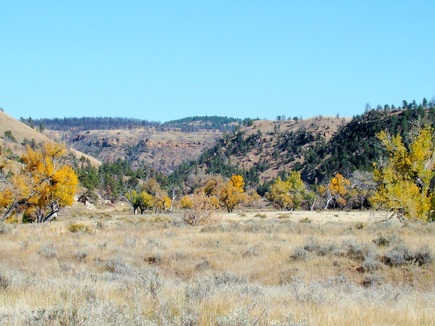 There are no established hiking trails through Red Canyon, but it remains one of the most scenic and historic canyons in the Black Hills.  Red Canyon Road runs through the floor of the canyon, and sees little traffic.  Because of that, it is possible to hike along the road and enjoy the great scenery.  Much of the land on the floor of Red Canyon is private along  the 9-mile stretch from Highway 18 at the south end to Pilger Mountain Road at the north end.  But, the walls, rims and beyond are National Forest Service land and as such, are open to the public unless posted with a reason why.  Unfortunately, there is not much road access to the rims.  Forest Service roads 645 and 379 offer some access to the east rim and canyon branches in that area.  They are probably better accessed on foot than by Jeep because they are in poor condition for vehicle traffic.  Forest Service road 378 has been permanently closed due to fires and vandalism in Craven Canyon. Craven Canyon, a major western branch of Red Canyon, is of particular interest due to the abundance of Native American petroglyphs and pictographs in certain locations.  It is very easy to drive by these rugged old side roads and miss them, because they are poorly marked. Having a good National Forest Service Road Map (free at Black Hills Forest Service offices), will help you find these roads and have a good idea for how long they are and where they lead to.

Red Canyon is characterized by high limestone walls along the sides, usually ranging from 200 feet to 800 feet high.  Nearby, Matias Peak is the highest summit near the canyon, though it is hard to see from much of the canyon floor. There are unusual rock formations throughout the canyon, and a few Native American petroglyphs and pictographs.  Because this is in the lower and more arid southern Black Hills, Red Canyon has less forest cover than higher and more northern canyons like Spearfish Canyon.  Sagebrush, cactus and yucca plants are in abundance in this area.  A major forest fire in the area in 2012 depleted a significant portion of what forest was here.  Past forest fire burn areas normally offer great woodpecker viewing opportunities.  Red Canyon has quite a history, which is covered in photos and text further down the page.  The photos immediately below show some of the geologic beauty of Red Canyon. 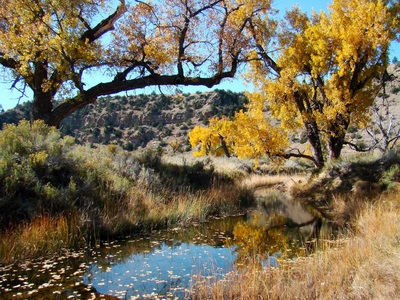 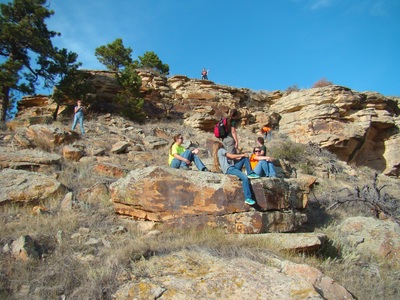 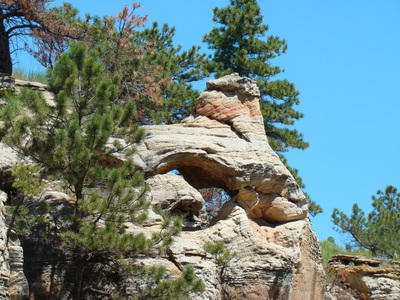 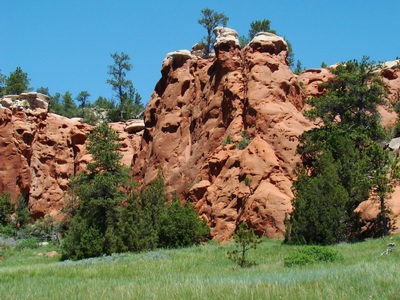 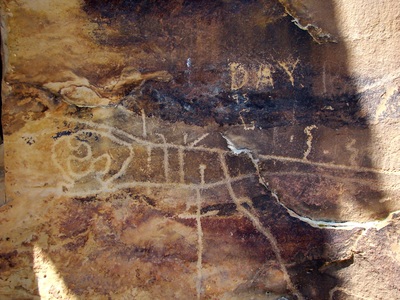 A petroglyph in Red Canyon, unfortunately marred by thoughtless graffiti 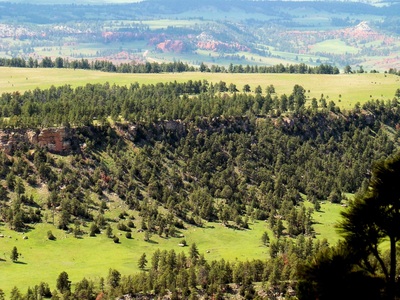 A view of Red Canyon from the summit of Matias Peak 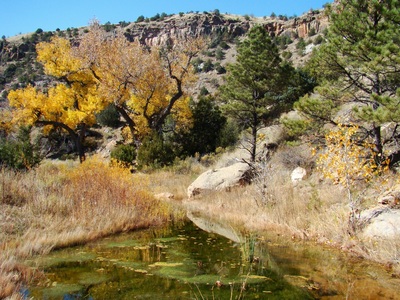 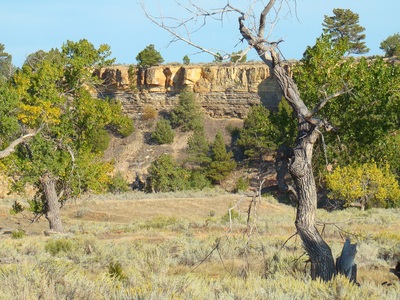 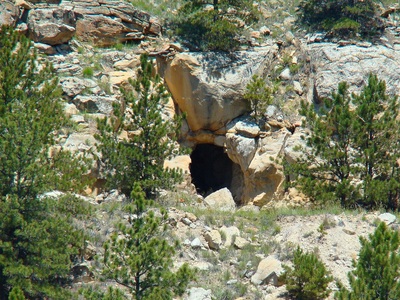 An old cave in the east wall
Historical Red Canyon
Were it not for all the old pioneer ruins in Red Canyon, it might be easy to travel through and assume it has always been a beautiful, yet quiet and sleepy place.  The area was first settled around 1890, when the city of Edgemont was formed. Much of the rock used for early buildings in Edgemont came from a quarry at the mouth of Red Canyon, about 5 miles north of town. Since then, the canyon has mostly been used for ranching. The establishment of Edgemont, though, was preceded by a furor of activity in 1876, when the Cheyenne to Deadwood Stage Line was established. The original route ran through Red Canyon, with the Red Canyon Station built at the mouth of the canyon. It did not take long before robbers learned to take advantage of the natural cover of the canyon to launch numerous attacks on the stagecoaches that passed through, sometimes carrying gold shipments. One sign posted at the mouth of the canyon said "Look to your rifles well, for this is the canyon of Hell, the Red Canyon". Also near the entrance was another sign that stated "Abandon hope all ye who enter here." The attacks became so bad that the Army established a small post, Camp Collier, at the mouth of the canyon. The frequency and severity of the attacks led to the canyon route being abandoned in 1877 for a safer route. There are still inscriptions in the canyon walls made by stagecoach passengers.

Native American tribes inhabited Red Canyon long before any European settlers arrived.  Besides arrowheads and other artifacts left behind, there are many petroglyphs and pictographs still to be seen on canyon walls, especially on the walls of the Craven Canyon branch of Red Canyon. Before vandals defaced many of these, the area was open to vehicle traffic and tours were available.  Now, the tours and vehicle traffic are gone in Craven Canyon.  The only way the public can still view them is to hike in and know where to look.  That information is not freely given out anymore.  Sadly, the nearby Fossil Cycad National Monument was also destroyed by vandals and looters, leading to its closure.  So local residents are not usually very willing to share the knowledge they have of locations. 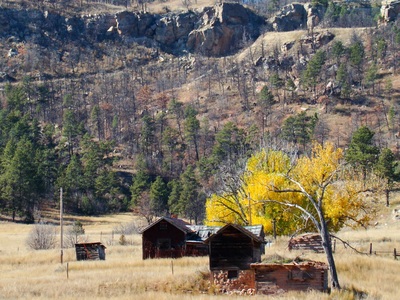 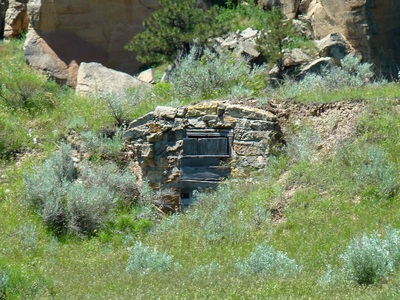 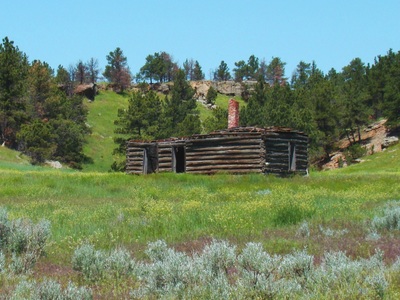 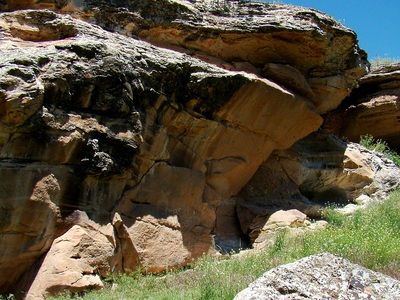 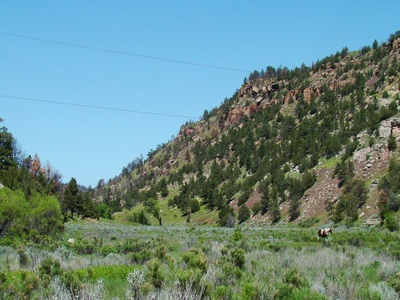 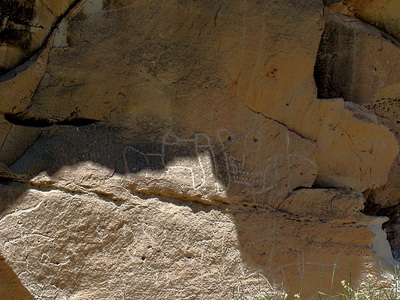 Ancient petroglyphs in the walls of Red Canyon 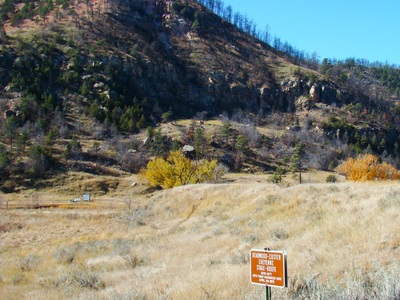 The site of the 1875 Metz Family Massacre 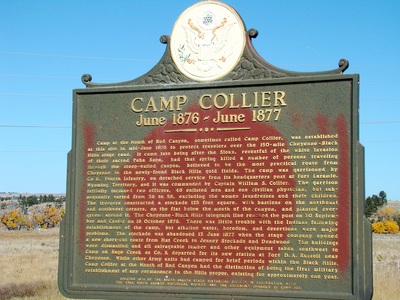 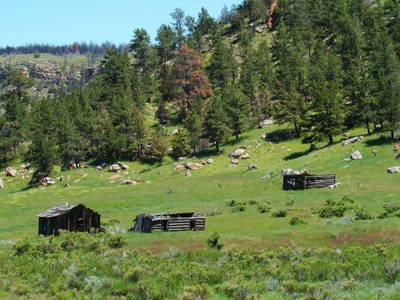 A very old ranch homestead
O Lord, You are my God; I will exalt You, I will give thanks to Your name; for You have worked wonders, plans formed long ago, with perfect faithfulness.     Isaiah 25:1