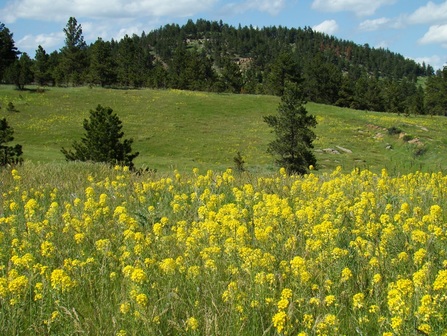 Matias Peak is a southern Black Hills peak loaded with history.  Perched on the eastern rim of Red Canyon, this summit was an important location to Native American tribes in ancient times.  At the summit, visitors can still see a large teepee ring left there from long ago.  On the canyon walls below, often in hard-to-access places, one can find petroglyphs and pictographs.  To the east, is the location for the former Fossil Cycad National Monument, which had to be closed many years ago because of thefts and vandalism.  This area of the Black Hills was fought over by various native tribes, including the Sioux, the Cheyenne, and the Crow.  It is not entirely clear which of the tribes were responsible for the pictographs and petroglyphs, or for that matter the teepee rings and other artifacts occasionally discovered in the area.

Topographical maps show the summit is approximately 700 to 800 feet above the upper floor of Red Canyon, at the western base of Matias Peak.  The thick underbrush and rugged nature of the numerous canyons and branches in this part of the Black Hills makes exploration an arduous task.  To get to the best hiking route for Matias Peak, drive 16 miles southwest from Hot Springs on Highway 18.  Since odometers vary, a more precise reference point would be just over 2 miles past the junction of Highway 18 and County Road 18S (old Highway 18).  Note that there are two roads north in that area.  The correct road is the second one as you proceed south.  If you are driving north from Edgemont on Highway 18, the distance to this unmarked road will be approximately 9 miles. The pavement widens there and you will see on the north side a 2-track road, with an unmarked gate.  Though the western half of Matias Peak is on national forest land, this road does not show up on their vehicle use maps.  This is probably because the road turns east and goes out to the Johnson Ranch.  Park wherever you will not obstruct traffic, then hike up the road 1.2 miles. At that point, the road briefly parallels the sharper rise of the southeast slope of the peak, before it veers to the east and on in to the Johnson Ranch.  There is about 150 elevation gain from the road and it’s up to you where you choose to ascend.  Directly to the west of the summit is the east rim of Red Canyon.  Please study your map before you go, and be sure to bring a compass. The summit area is kind of long, narrow and flat.  The true high point appears to be closer to the north end, while the teepee ring is toward the south end.  The views there are somewhat limited because of all the trees.  But, there is a good view east toward Parker Peak, the Fall River County highpoint. Please also remember that if you find any artifacts or fossils, it is illegal to remove these.  A route map is posted among the photos below.  The route map also shows a spur road out to the Red Canyon rim.  This is perhaps a 5 minute hike our to the rim and will give you some great photo ops. 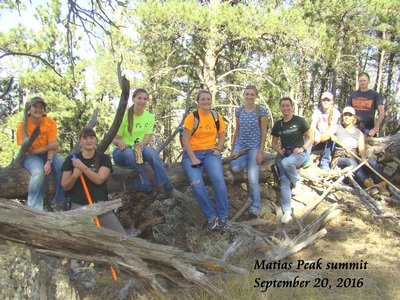 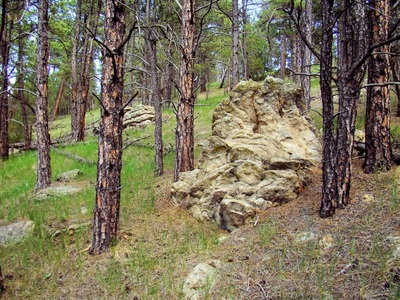 The south slope of Matias Peak 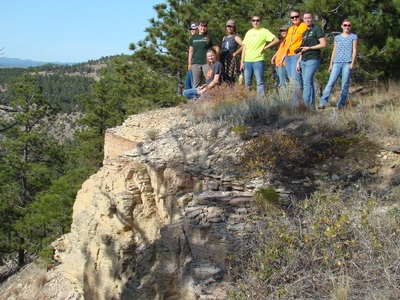 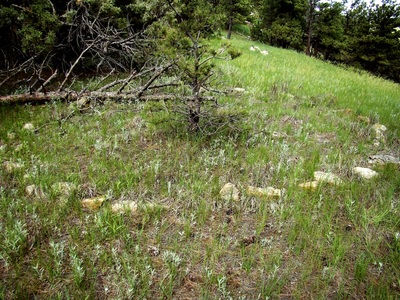 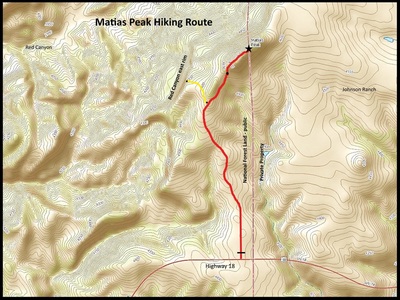 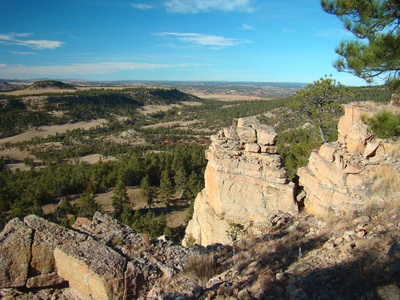 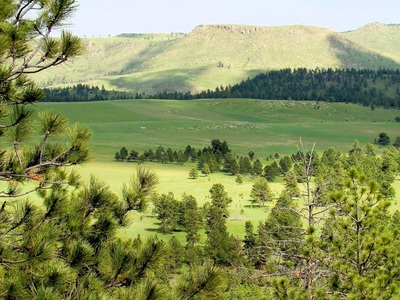 A view east toward Parker Peak 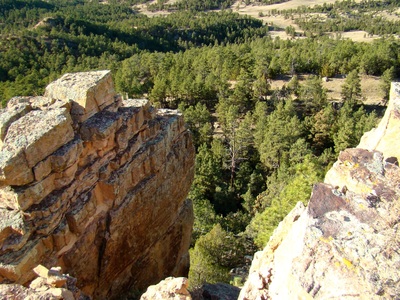 View west of the lower slopes of Matias Peak 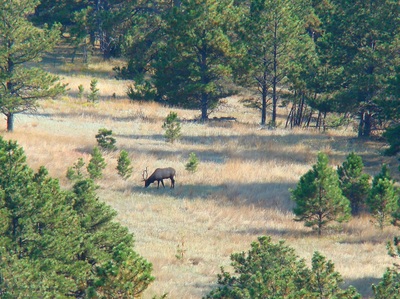 An elk grazing below the east side of Matias Peak 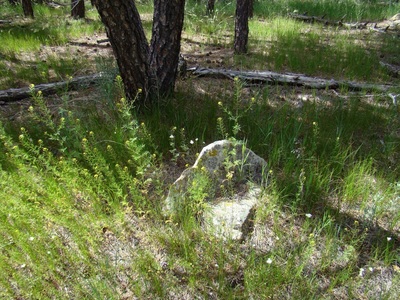 The summit rock of Matias Peak also looks like a gravesite 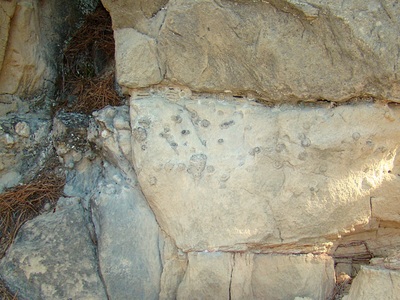 Unusual rock formations in the east canyon wall of Red Canyon, on the western slope of Matias Peak 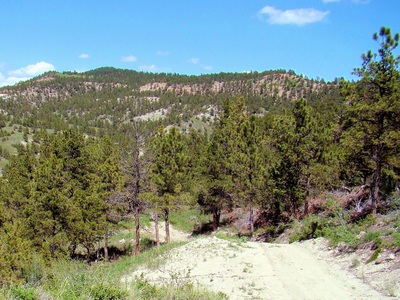 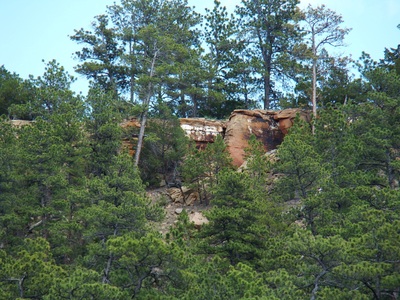 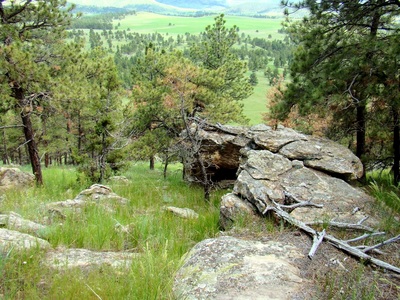 A view east from the summit of Matias Peak 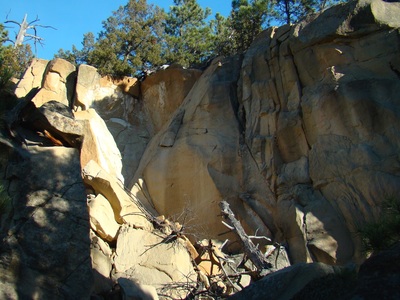 Red Canyon east rim and southwest edge of Matias Peak
Listen, my son, and be wise, and set your heart on the right path.   Proverbs 23:19